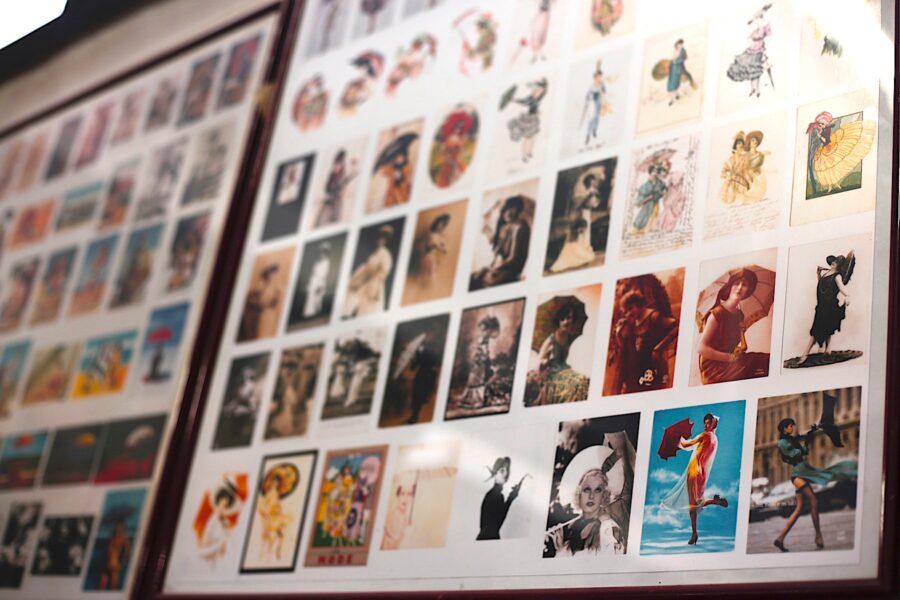 Francesco Maglia makes some of the finest umbrellas in the world. Indeed, it might make most of the fine umbrellas, given how many it makes for other brands as well as for itself.

Yet (as is often the way with luxury menswear) the workshop is pretty anonymous. Located on a side street in the Milanese suburbs, in a basement with a short car ramp leading down to the entrance.

There is no name on the door, merely an umbrella poster. Inside, more posters decorate one wall, showing adverts that umbrella companies have used over the years. A good number of them seem to think posing a scantily clad woman with the umbrella is the best way to get attention.

Turn left, and you’re into the workshop proper: a central section with finished umbrellas waiting to be shipped, and three workshops leading off it – one for the mechanical side of production, one for cutting fabric, and one sewing that fabric onto the frame.

There is also a small showroom at the back, and this contains perhaps the most extraordinary object in the place: a huge, red iron safe.

This safe was the only thing that survived when the previous factory was bombed in 1942. Everything else was destroyed, and as a result there are few documents charting the history of the company – which goes back to 1854.

One exception is the document shown below: a letter that was found by a small Genoa stockist a few years ago. It was apparently sent in 1863, and expresses surprise that they ever stopped selling Maglia – a mistake they want to correct immediately.

Maglia was in the same location, too, from 1876 to 2003, in central Milan. It was only the growth of the city, and parking restrictions that made shipping and commuting increasingly difficult, that forced the move to the current location.

your next online purchase